So what is Avatar®?

It is a straightforward self-development course that comes unencumbered by beliefs, sect memberships, or any quasi-religious rites. For these reasons, it is the high point of the human potential movement. Its graduates are quick to agree, “It is the most powerful, purest self-development program available at any price.”

During the course, students are given many hours of personal attention, and any student who is not satisfied after Section II of the course is entitled to a full refund.

Where did it come from?

An educator with a background in educational psychology named Harry Palmer created Avatar in 1986. He wanted to present a training program that people would find valuable. “Our intention,” he states in his ReSurfacing textbook, “is that the people we train and license to deliver The Avatar Course charge money (not worship nor homage nor admiration, but currency alone) for their valuable service, and that they charge enough that Avatar continues to expand….”

For 40 years the visionary ideas behind the Avatar Materials incubated in the mind of Harry Palmer. Like many of us, Harry had occasional glimpses into the patterns that creation seemed to follow, but for him a glimpse wasn’t enough. In 1976, Harry resigned his tenured teaching position and began what was to become a decade of study and investigation into how consciousness works.

Today, few who fair-mindedly study Harry Palmer’s techniques can doubt the profound effect that his writings are having on the collective consciousness of the world. Harry’s writings have been translated into 20 languages, and his business model has had a major impact on the personal-development seminar industry.

How does Avatar work?

Avatar equips you with the tools to deliberately restructure the beliefs that form the pattern of your life.

Avatar helps you explore behind the scenes of your existence and discover the uninspected, unconsciously-held beliefs that are causing your life to be as it is.

Who takes The Avatar Course?


Students come from all walks of life — from monks to captains of finance — and a wide range of belief systems — from fundamentalists to atheists. Most find that Avatar intensifies their understanding of life and increases their tolerance and compassion for others.

Rather than presenting you with another set of beliefs to live by, Avatar awakens you to a natural ability to create and discreate beliefs. With this skill, you can restructure your life according to a blueprint that you determine.

One discovery many people on the Avatar Course make is that what you are believing is less important than the fact that you are believing it. Avatar empowers you to realize that there aren't "good" beliefs and "bad" beliefs. There are only the beliefs that you wish to experience and the beliefs you prefer not to experience. You create an experience of yourself as the source, or creator, of your beliefs. From that place, it is very natural and easy to create the beliefs you prefer.

Why do I need Avatar?

Without Avatar training, people’s lives are steered by the urging of their deepest, most resisted, transparent beliefs. Imagine that the people who you fear, like least, and are overwhelmed by, are automatically conditioning 90% or more of your decisions. That’s life without Avatar.

The Avatar Course produces profound increases in self-awareness. This allows graduates to make changes in their values and goals. These changes are self-determined and are not the result of influences or persuasions. 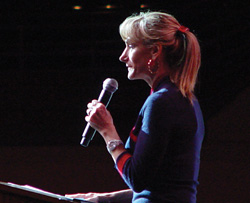 Why are the Avatar materials confidential?


There are a number of simple reasons why parts of the Avatar materials are kept confidential, but the most important reason requires some explanation.

A world-lesson is something that a person lives through. It’s something he actually confronts and copes with in life, and from the world-lesson he emerges changed...more experienced...bigger! A word-lesson very rarely produces such a result.

A world-lesson is a unique personal experience; it does not require translation into symbols or sounds to be understood. It is involvement in, and observation, of events as they occur.

The Avatar Course requires a well-trained and disciplined Avatar Master to ensure that the Avatar techniques make it off the page and into life. Avatar becomes valuable when it is conveyed as a world-lesson on how to assimilate world-lessons.

Properly presented, Avatar prepares one to integrate his or her own world-lessons without leaving any word debris behind. Once initiated into the Avatar techniques, life will rapidly present the individual with the unique world-lessons that he or she most needs to learn. Life itself becomes the teacher.

By keeping the Avatar materials confidential and permitting their teaching only by those trained to transmit them properly, each person receives his or her own unique world-lesson from the Avatar experience.

What is personal responsibility?

Personal responsibility is the ability to determine one’s own decisions, choices, and actions. In Avatar, this is called being source. A natural outcome of increasing this ability is that people discover areas in their lives that they haven’t been controlling. 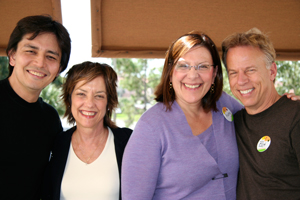 No. Unfortunately, not everyone feels the way Star’s Edge does about personal responsibility. It is a complex issue that has motivated an occasional press attack on Avatar. Some individuals, organizations, and even countries, develop extreme psychological domination over people’s lives. Psychologists call this dominance/submission a form of co-dependency. When the victim of such a relationship increases personal responsibility, the dominating partner—or organization, or country—is threatened, i.e., personal growth on the part of the victim threatens the status quo. From the dominator’s point of view, Avatar is a threat—something to be decried as dangerous and to be avoided. Such people have even made the accusation that Avatar is a brainwashing cult. Ironically, those making the accusation are usually guilty of the offense themselves.

One young German woman who left her boyfriend after taking the course describes her decision to leave as, “waking up and realizing I was trapped in a unhappy relationship.” But her boyfriend claims she was brainwashed. Even though completely untrue, the local press found the boyfriend’s story attention grabbing and immediately sensationalized Avatar as a “dangerous brainwashing cult.”

“We don’t brainwash people,” explained an Avatar spokeswoman. “Just the opposite. We help people to recognize limiting beliefs that they may not have accepted voluntarily or may not even be aware of. We show them how to change their beliefs if they choose. We don’t tell people what to believe nor do we put forth any beliefs as true beliefs. We only help people to make a connection between the consequences they are experiencing in life and the beliefs that they hold. Avatar teaches personal responsibility.

“Ask yourself, what kind of a person labels increased awareness and personal responsibility as dangerous?”

What can I expect from The Avatar Course?

The goal of the three-section course is to guide you in an exploration of your own belief system and to equip you with the tools to modify those things that you wish to change. The Avatar Course opens a window to the inner workings of your own consciousness.

The course teaches world lessons (experiential) rather than word lessons (intellectual). For this reason it requires a trained Avatar Master to guide you into the actual lessons already contained in your own consciousness. 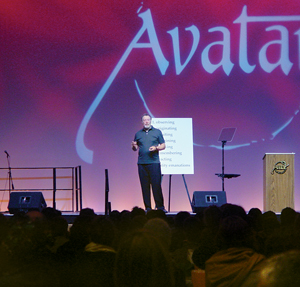